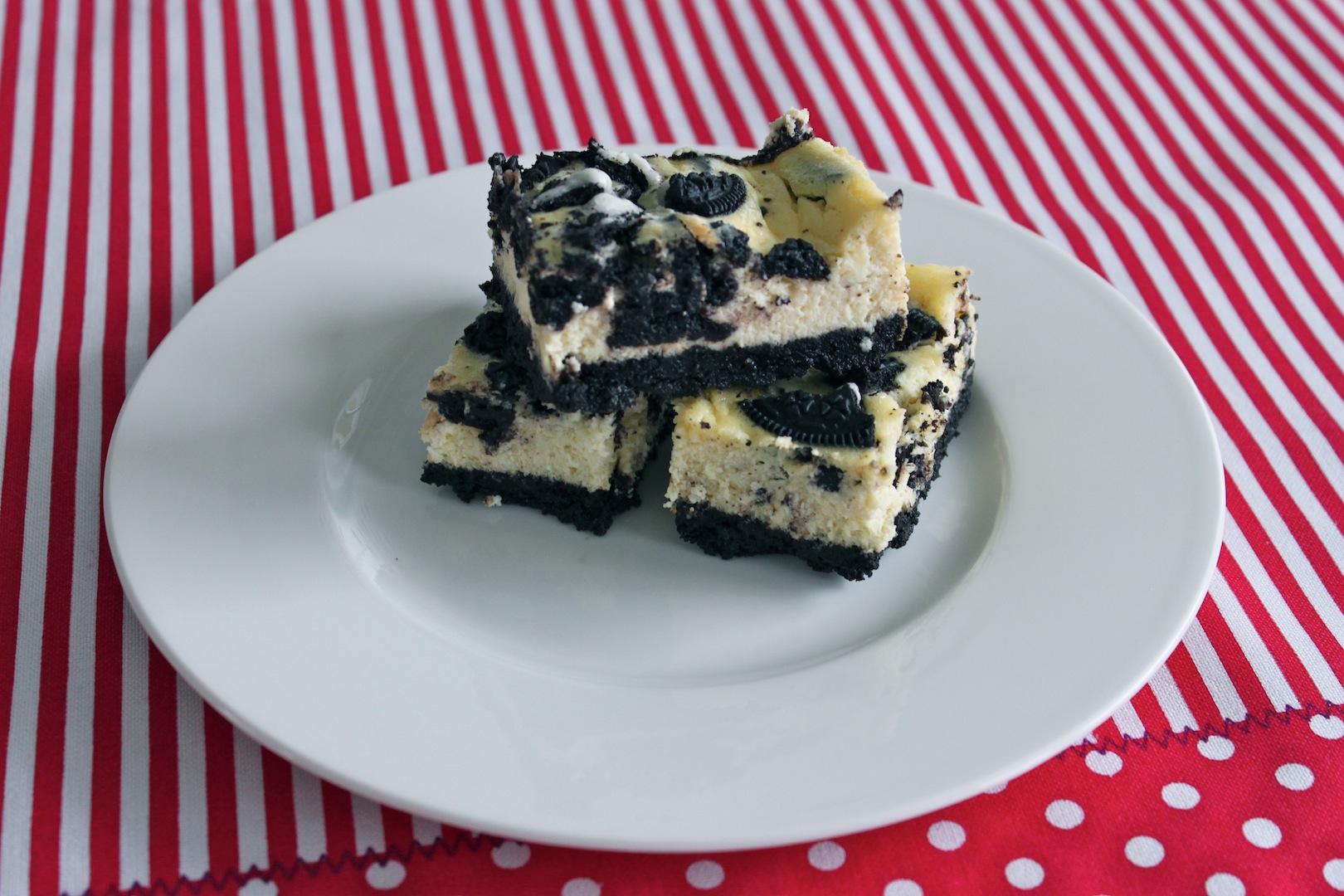 I cannot resist any dessert that has cream cheese in it. Therefore, these goodies were no exception. The Oreo cookie crust stays crunchy while the filling is rich and has the perfect combination of tartness from the sour cream and sweetness from the broken Oreos. Ever since I saw the recipe on Annie’s lovely blog, I couldn’t resist!

I don’t even know how many times I have made them but they were a huge hit every single time. Since Oreos are not that common in Austria (or at least not baking with them), most people who tasted the bars did not know what they were eating. But even that did not compromise the compliments I got ;)

So without further ado, the recipe:

Put the Oreo cookies in a food processor and pulse until they are fine crumbs. If you do not own a food processor, put the Oreos in a Ziploc plastic bag and with a rolling pin or a large frying pan crush the Oreos until they are fine crumbs. Put the Oreo crumbs in a small bowl and add the melted butter or coconut oil. Stir with a spoon until the crumbs are moistened. Transfer the mixture to the lined baking pan and, using a spoon, press the crumbs evenly into the pan. Bake the crust for 10 minutes. Then put the pan aside but leave the oven on while making the filling.

In a large bowl, mix together the cream cheese and powdered sugar until smooth. Add the sour cream, vanilla and salt, scraping down the sides as needed. Beat in the egg and egg yolk until combined. The mixture will be rather liquid.

Pour the cheesecake mixture over the baked crust and sprinkle the chopped Oreo cookies on top. They may sink into the batter, which is fine. Bake it for about 40-45 minutes, until the cheesecake has set and is not wobbly anymore. Set the baking pan on a wire rack to cool, for about 1 hour. Then cover the cake with foil and refrigerate it for about 3 hours… which I have never accomplished as it will smell delicious.

Now if you are as impatient as I am, let the cheesecake cool for about 1 hour, then cut it into bars and enjoy! Then, if there are any left (which by the way, if this happens you must have done something wrong :) ) you can refrigerate them.

Keep the bars refrigerated until ready to serve.

Like Loading...
bakingcheesecakecookiecream cheeseoreo cookieOreosrecipe
August 20, 2012 By Vicki
0
My favorite things to do in Oxford Bahia Cabana 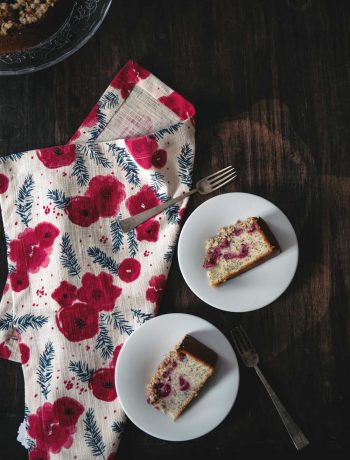